Description:
Tall Autumn Trees. A view bordering on the edge of a wood in autumn, the time when the colours of nature come to the fore. It is painted in oils on a stretched canvas with the painting continuing around the sides so no framing is required but it could be framed if so wished
By: Paul Dixon
Price: £200.00
View Art Details View Artist Gallery

Rocks on the Scottish Coast

Description:
This is a coastal scene taken from the Scottish Highland coast near Duffus. Craggy rocks, crashing sea and clouds blown by the off shore winds. In this semi abstract painting I have tried to draw every bit of colour from the scene and emphasise the wonderful rock formations, dragging the paint to add texture. Taken from a photograph by Alison Johnson.
By: Jean Ainsworth
Price: £45.00
View Art Details View Artist Gallery 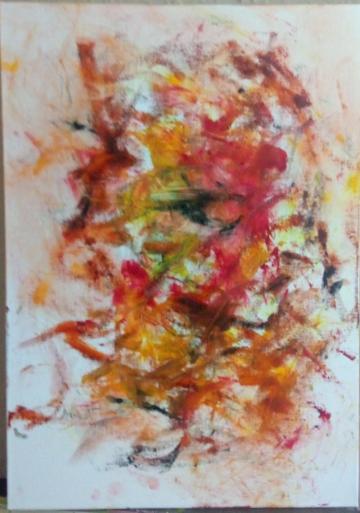 The Cow and Calf Rocks on an overcast day 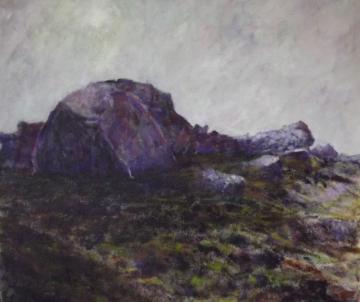 Description:
Another of my paintings from my 2016 series of the Cow and Calf Rocks.
By: Gregory Paul Learmonth
Price: £215.00
View Art Details View Artist Gallery

Description:
An oil painting of a beautiful sunrise in Oban, Scotland on a 1/2 inch deep canvas. It is painted on all sides so can be hung without a frame though you can frame it if you wish.
By: Audrey Greaves
Price: £175.00
View Art Details View Artist Gallery

Start Of The Rainbow 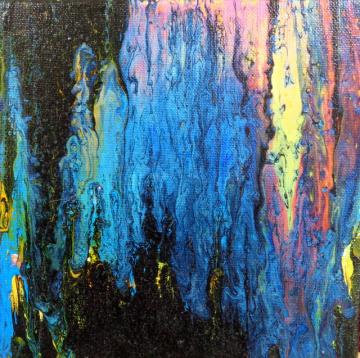 Description:
I love this little painting--reminds me of the black storm clouds and the rain and then the blue sky appearing with the beautiful rainbow in hot pursuit ! The painting is done in acrylics,is varnished and comes with its own display easel, or of course it can be hung on the wall if you choose! The sides are all painted. Free postage in mainland UK
By: Diane Jennings
Price: £40.00
View Art Details View Artist Gallery 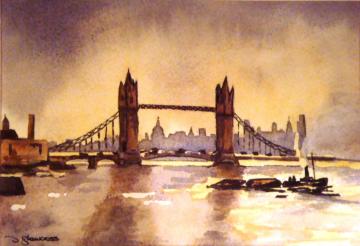 Description:
An impressionist-style waterclour of Tower Bridge and the London skyline at twilight with a steam barge and it's smokey steam setting the scene to the right of the foreground. Painted in just 3 colours: raw sienna, light red and french ultramarine. This was commissioned. I'm currently undertaking a similar painting for a client using acrylic on canvas and I'm happy to take similar commissions in waterclour or acrylic.
By: Debbie Shawcross
Price: £0.00 (Sold)
View Art Details View Artist Gallery 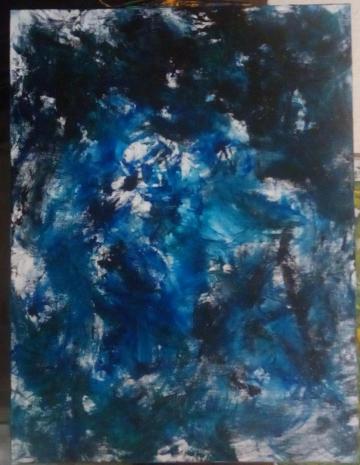 THE ORIGIN OF ALL THINGS 11 x 15 inch Abstract

Description:
This Original Painting is based on the 1st Verse of the Tao Te Ching which has been translated many times since it was written by Lao Tzu in around 500BC. I have read 4 different translations of it and this is a mixture of 2 of them that I feel explains it. This will be printed on Coloured card to compliment the Artwork & the Painting also comes with a Certificate of Authenticity. THE ORIGIN OF ALL THINGS The Tao that can be named is not the eternal Tao, the name that can be named is not the eternal name; Tao is both named and nameless; Nameless it is the origin of all things, Named it is the Mother of 10,000 things. A mind that is free from thought merged within itself, beholds the essence of Tao; A mind that is full of thought Identified with its own perceptions; beholds the mere forms of this world. Tao and this world are one and the same, The only difference is what we call them. Ever desire less one sees only the mystery, Ever desiring one sees only the manifestations; The mystery itself is the key to all understanding.
By: Juliette Westbrook-Finch
Price: £160.00
View Art Details View Artist Gallery

Description:
Rhydowen chapel was originally built in 1733 by Jenkin Jones an ancestor of Frank Lloyd Wright. It was the first American Chapel in Wales. The above replacement was built in 1791. However, the chapel's minister was a radical who spoke out against the dissolute local squire, trying to support his poor congregation. The squire's reaction was to throw the congregation out and lock the chapel. The chapel is still used occasionally now, but the congregation use their own chapel built on contributions. This painting is sold but contact me if you would like a copy
By: Jean Ainsworth
Price: £40.00 (Sold)
View Art Details View Artist Gallery